Welcome to this week’s round-up of what’s been going on here at Sarah’s Vignettes, on social media, the books I’ve been adding to my shelves and other bookish delights. Keep scrolling to get the lowdown.

On Monday, I shared my review for The Stationmaster’s Daughter by Kathleen McGurl, as part of the blog tour. It’s a poignant story set between 1936 and present day. I love a time slip novel!

On Wednesday, I took part in a meme run by fellow book blogger Lisa over at Bookshelf Fantasies called Shelf Control. The idea is to choose a book on your bookshelf that you haven’t read yet and talk about when you got it and why you want to read it.

This week, I chose Last Dance in Havana by Rosanna Ley.

On Friday, it was Sarah’s Vignettes stop on the blog tour for Butterfly in Frost, the latest novel by Sylvia Day. I didn’t have time to read this one for a review so I hosted a giveaway to win a copy of the book.

Last weekend, author Rowan Coleman asked readers who had reviewed her latest novel The Girl at the Window if they would be brave enough to film a few words to be included in a promotion video for social media. I and a few others summoned up the courage and did it. Here’s the final version:

For #ThrowbackThursday, I shared the link to my review for The Secrets of Villa Rosso by Linn B. Halton. This is a great story and Linn has a way of writing characters that I connect deeply with.

I added 3 books to my shelf this week.

In October, I am taking part in the blog tour for Cathy Kelly’s 20th novel, The Family Gift . On Tuesday, I received a little gift from Orion: a proof copy of the book and a some chocolate.

The Family Gift by Cathy Kelly

Freya Abalone has a big, messy, wonderful family, a fantastic career, and a new house.

But that’s on the outside.

On the inside, she’s got Mildred – the name she’s given to that nagging inner critic who tells us all we’re not good enough.

And now Freya’s beloved blended family is under threat. Dan’s first wife Elisa, the glamorous, manipulative woman who happily abandoned her daughter to Freya and Dan’s care and left the country, has elbowed her way back into their lives.

But Freya knows that when life gives you lemons, you throw them right back.

Can Freya put her family – and herself – back together? Find out in Cathy Kelly’s warmest, wisest and funniest book yet…

I may have been lured into my local Waterstones yesterday – it doesn’t take much at all!! I bought a gorgeous hardback copy of The Familiars by Stacey Halls and another of Penguins Modern Classics to add to my growing collection : Alone in Berlin by Hans Fallada.

The Familiars by Stacey Halls

In a time of suspicion and accusation, to be a woman is the greatest risk of all . . .

Fleetwood Shuttleworth is 17 years old, married, and pregnant for the fourth time. But as the mistress at Gawthorpe Hall, she still has no living child, and her husband Richard is anxious for an heir. When Fleetwood finds a letter she isn’t supposed to read from the doctor who delivered her third stillbirth, she is dealt the crushing blow that she will not survive another pregnancy.

Then she crosses paths by chance with Alice Gray, a young midwife. Alice promises to help her give birth to a healthy baby, and to prove the physician wrong.

As Alice is drawn into the witchcraft accusations that are sweeping the north-west, Fleetwood risks everything by trying to help her. But is there more to Alice than meets the eye?

Soon the two women’s lives will become inextricably bound together as the legendary trial at Lancaster approaches, and Fleetwood’s stomach continues to grow. Time is running out, and both their lives are at stake.

Only they know the truth. Only they can save each other.

Alone in Berlin by Hans Fallada

Inspired by a true story, Hans Fallada’s Alone in Berlin  is the gripping tale of an ordinary man’s determination to defy the tyranny of Nazi rule. This Penguin Classics edition contains an afterword by Geoff Wilkes, as well as facsimiles of the original Gestapo file which inspired the novel.

Berlin, 1940, and the city is filled with fear. At the house on 55 Jablonski Strasse, its various occupants try to live under Nazi rule in their different ways: the bullying Hitler loyalists the Persickes, the retired judge Fromm and the unassuming couple Otto and Anna Quangel. Then the Quangels receive the news that their beloved son has been killed fighting in France. Shocked out of their quiet existence, they begin a silent campaign of defiance, and a deadly game of cat and mouse develops between the Quangels and the ambitious Gestapo inspector Escherich. When petty criminals Kluge and Borkhausen also become involved, deception, betrayal and murder ensue, tightening the noose around the Quangels’ necks …

In last week’s round-up, I mentioned that I had just started reading The Hunting Party by Lucy Foley. I finished it in 3 days! It’s a great read and I’ll be sharing my review on here soon.

I sometimes take a bit of a break when I’m in between books so I have been dipping in and out of the latest issues of FRANCE magazine, NB, and Writing magazine.

What have you been reading and buying this week? Let me know by leaving a reply in the box below.

Until next week, happy reading!

If you enjoyed this, please feel free to share the book love:

Hello, I'm Sarah. I adore books and I am a keen photographer. I have been reading books from a very early age and before I could read, I was always flicking through picture books - I'm sure I was born with a book in my hand! I read a wide range of genres and I am willing to try most genres once, but I do keep going back to both contemporary and historical fiction more than anything else. Books are a big part of my life and I started my blog, Sarah's Vignettes, so I could share my love for them. From an early age, I have loved taking photographs and with the advent of social media, I love sharing them with family and friends. In early 2016, I was having a conversation with a dear friend about a recent day trip and the photographs I had taken, during which she said I should share my photographs wider and write about the stories behind them. So from time to time, I post on my blog about general experiences in my life, which will be based around my own personal photographs. View all posts by Sarah Swan

If you enjoyed this, please feel free to share the book love:

Recommended by The Empowered Author

Sarah’s Vignettes does not share personal information with third-parties nor do we store information we collect about your visit to this website for use other than to analyse content performance through the use of cookies, which you can turn off at any time by modifying your internet browser’s settings.

Email information may be held by WordPress.com for the express purpose of providing updates on new posts and publications. You can unsubscribe from these emails or unfollow this blog at any time by following the links in the email. 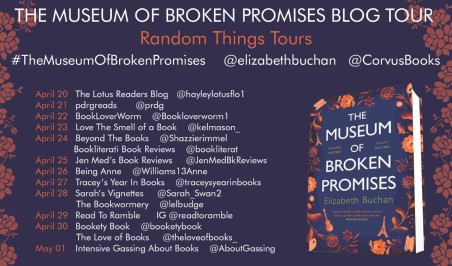 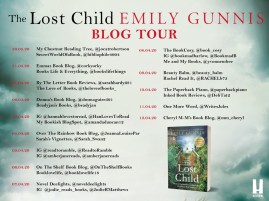 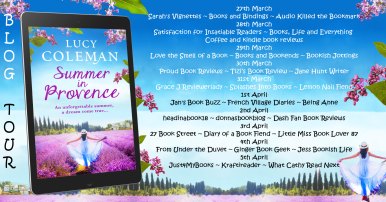 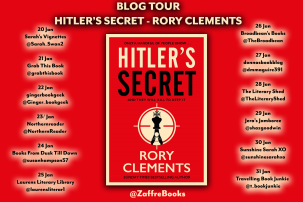 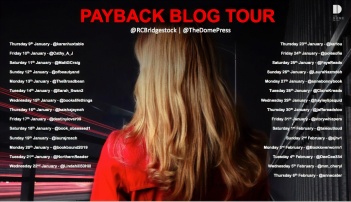 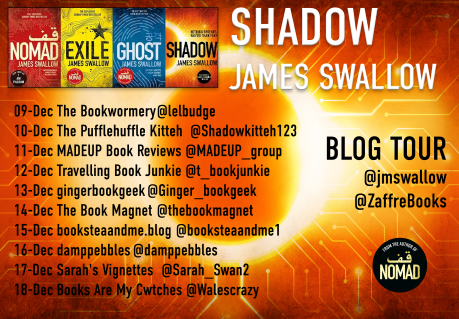 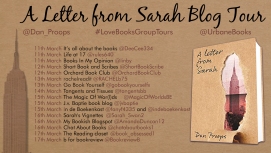 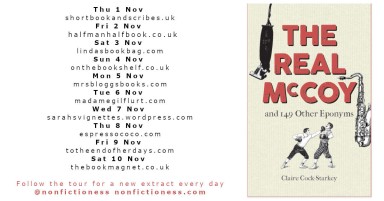 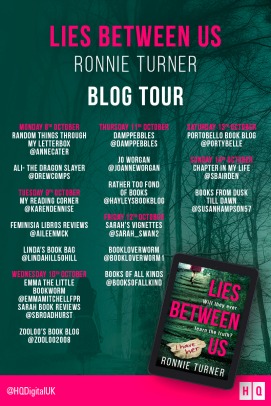 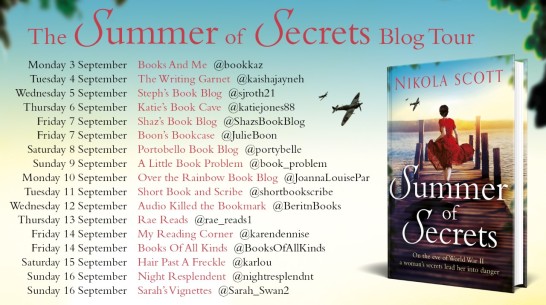 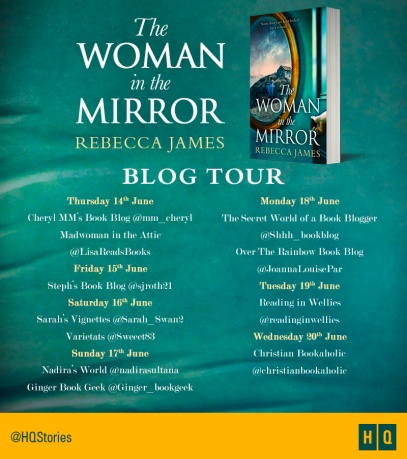 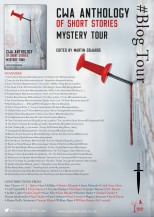 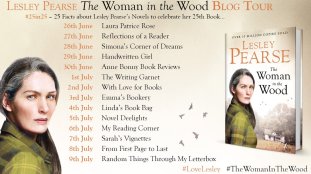 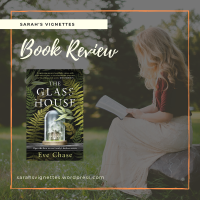 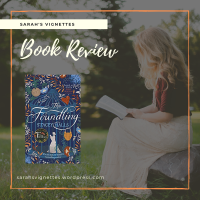 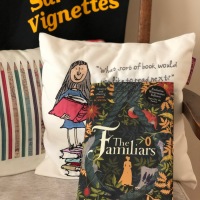 Find me recommending books over at The Riviera Woman

Find my recommended reads over at Yorkshire Woman 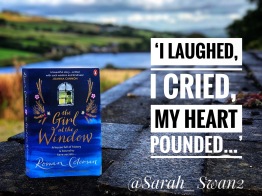 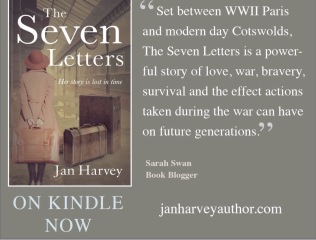